RSBI: in March Business Activity in SMB Segment Reached the Pre-Crisis Level of 2019 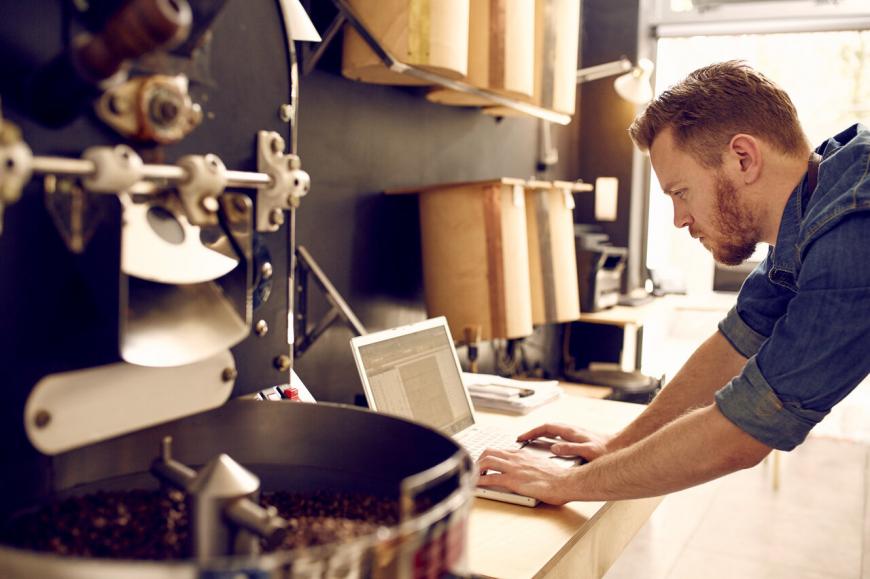 In March 2021 RSBI made 52.2. The level of business activity in SMB segment not only retained the growth dynamics, but also increased the figures of the «pre-Covid» 2019.

Key trends
In the sales component, we see the growth of not only the fact, but also the forecast. The revenues decrease was mentioned by 46% of executives vs. 53% in February.

The HR component kept growing dynamics and reached the level of last January. The growth of this component was also caused by the positive expectations and lower redundancy figures.

The fact is almost the same and the FTE growth was announced by 11% vs. 10% in February. However, the number of redundancies drops significantly – from 17% in February to 13% in March.

At the same time, we mention the growth of forecast: 22% of the companies (19% in February) plan to increase their FTE number in the nearest future, vice versa the planned FTE reduction was mentioned by 5% (8% in February). 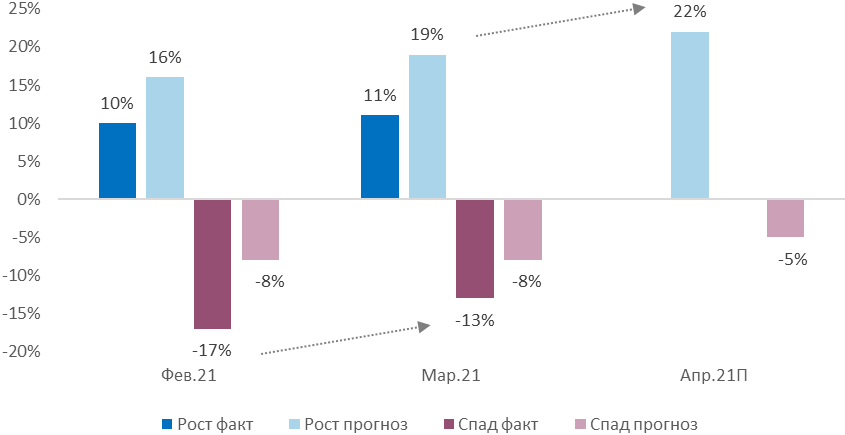 In March the investment component did not change – 57.6 points.

The stable high figures of the investment component, i.e. higher than the neutral zone, for several months in a row confirm that the investment activity of SMB reached the pre-crisis level.

The loans component is still in the growth zone, however for the last month the figures decreased to 54.8 points.


At the same time the reduction of the satisfied demand is accompanied with the stable unsatisfied demand: the share of the companies that have applied for a loan and have not had the loan approved for the last two months makes 11%. The share of the companies that do not apply for a loan due to assumed refusal, have not changed and makes 5% (vs. 6% in February). 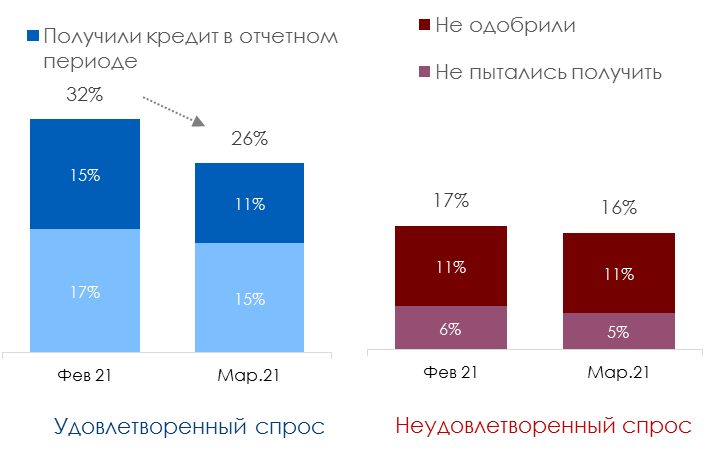 RSBI — starting with 2020 a monthly research of SMB business attitudes is organized by PSB jointly with OPORA Russia and MAGRAM Market Research. The research covered owners and executives of 1,826 SMB companies across all regions of the Russian Federation. Index higher than 50.0 p.p. indicates the growth of business activity, lower than 50.0 p.p. – the decrease. If the index is at the level of 50.0 p.p. – the market is neutral.

Kommersant Business Attitudes Got Back to the «Pre-Covid» 2019