In spite of decreased business activity figures for the first half year, small business hopes to recover soon 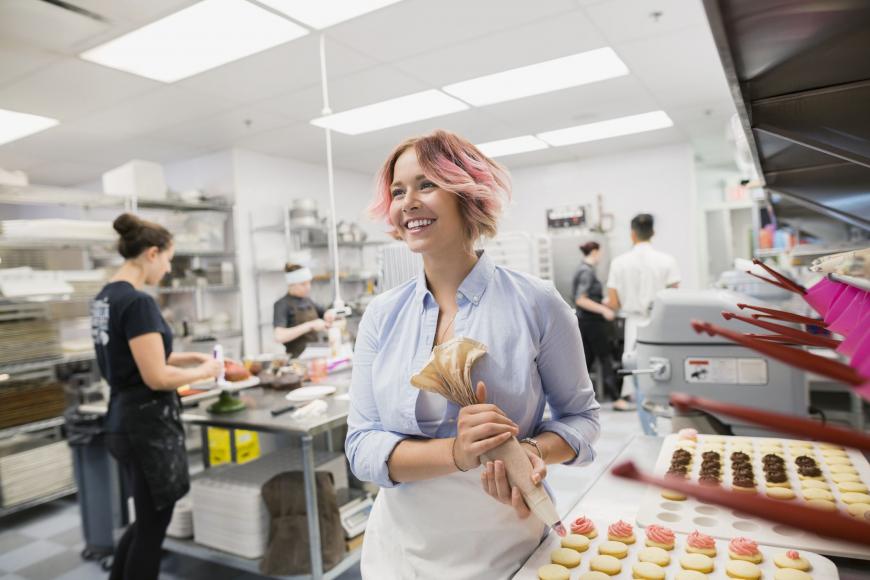 According to RSBI monitoring results, starting with 2020 we observe the obvious correlation between the attitudes of businessmen and the current economic situation. While in February together with the first pandemic news the Index decrease was insignificant. i. e. less than one point, in March it dropped by more than four points. It was obvious, that the figure was impacted in the first place by the sudden collapse in oil prices and ruble fluctuation, which was registered in early March, and the evident pandemics’ challenges. The record low figures of the Index were registered in April, when the strict lockdown was announced across the country and the vast majority of SMB companies had to stop their activities. In May, after the lockdown mitigation, business attitudes were growing gradually, the growth proceeded in June and the Index reached the figures of March.

The decrease was demonstrated by all blocks of the Index, including financing availability, which was the only one in the growth zone (52.8 points), but also demonstrated decrease vs. Q1.

In terms of business type, the maximum drop, as expected, was demonstrated by services, the quarterly decrease made 8 points — from 47.3 points (Q1) to 39.3 points (Q2). 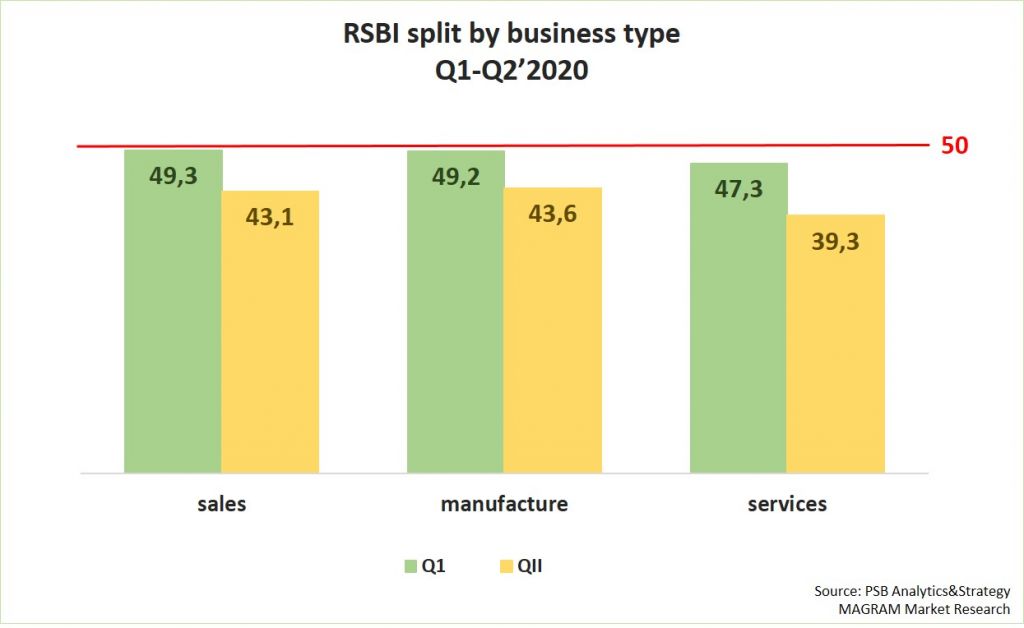 «The fact that services «sank» more vs. sales and manufacture could be explained by business specifics, in our opinion. Sales managed to get adapted to the new «lockdown» conditions rather fast: shifted to the online segment and organized goods delivery. Manufacture is mainly in the medium segment, which having a strong safety cushion suffered less than others. At the same time the services are provided mainly by small companies, which do not have enough resilience. And the most important thing — the services sphere failed to enter the online market completely due to its specifics: it is impossible to repair a car or to manicure online. Even the companies that work with legal entities, i.e. consulting or marketing agencies, lost the majority of their clients during the lockdown due to the same reasons», Natalia Turunova, Executive Director, MAGRAM Market Research, says.

In terms business size the minimum Index figures are demonstrated by the micro business. However it shows the minimum drop too: only 6 points in Q2.

The medium business in spite of its maximum figures demonstrates the fastest decrease. 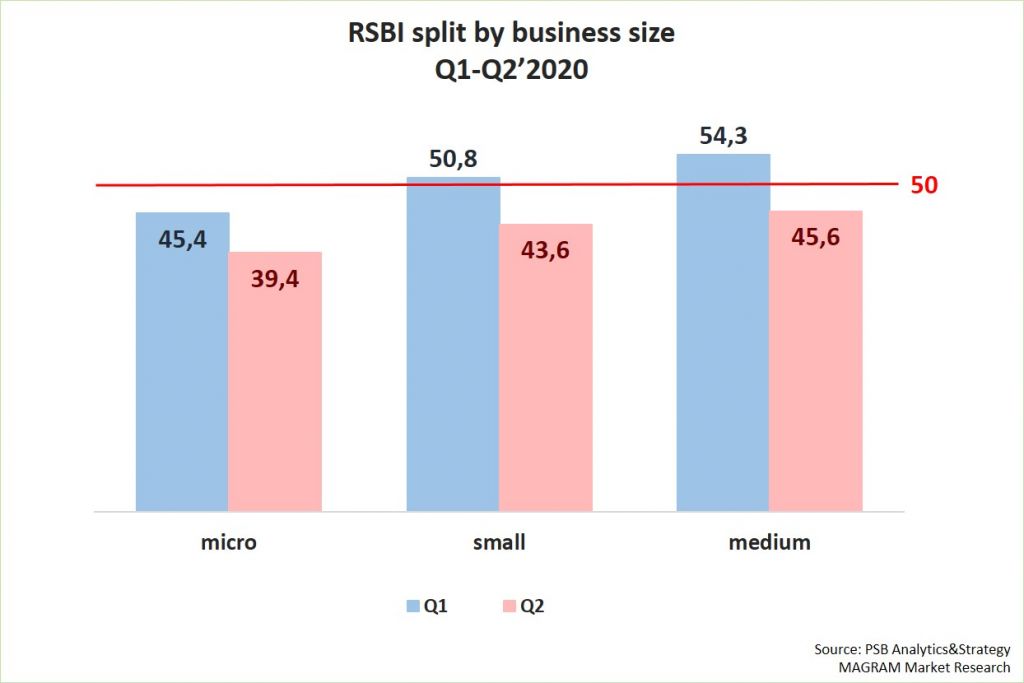 The maximum impact on sales is provided by the actual data, mainly due to the share of companies with reduced revenuers — from 51% in Q1 to 75% in Q2.

In spite of that the expectations for the nearest future did not change significantly: while in Q1 the revenues growth was expected by 28% of the participants, in Q2 their number reduced insignificantly and made 25%. 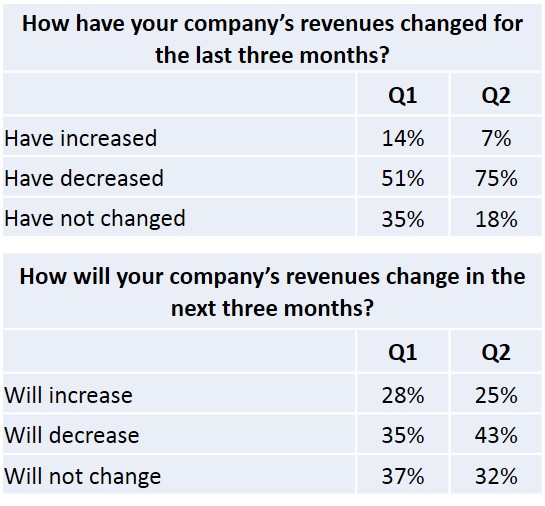 Most probably it can be explained by the fact, that in the majority of companies the respondents have not changed their FTE numbers and do not plan to. 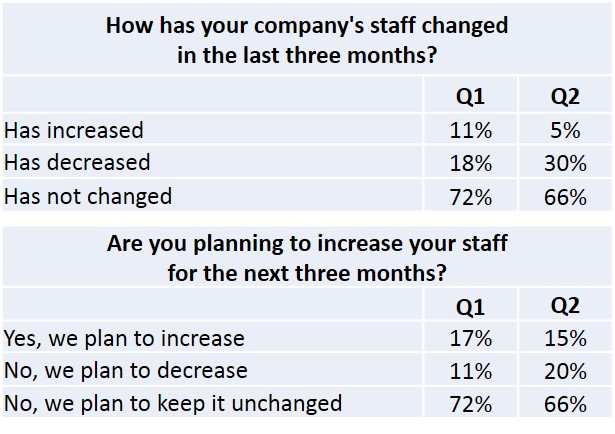 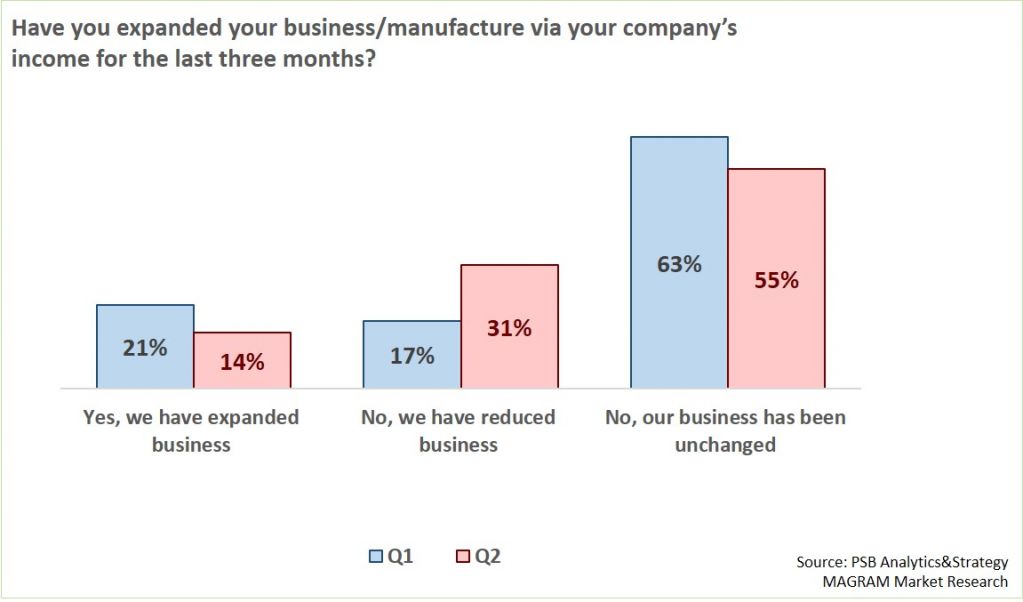 and planned to reduce their business (from 11% to 20% accordingly). 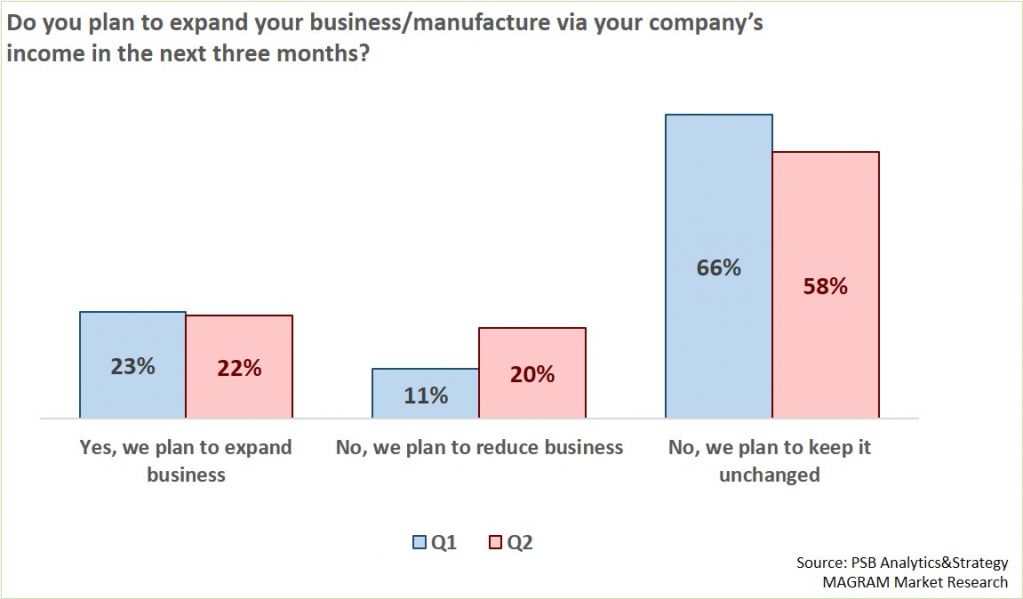 • The only block that is still in the growth zone in spite of its insignificant decrease is financing availability (Q1: 54.0 points, Q2: 52.8 points). It is interesting, that both in the first and the second quarters the satisfied demand for loans was at the same level and higher than the unsatisfied one. The figures decrease was due to some insignificant growth of the unsatisfied demand. 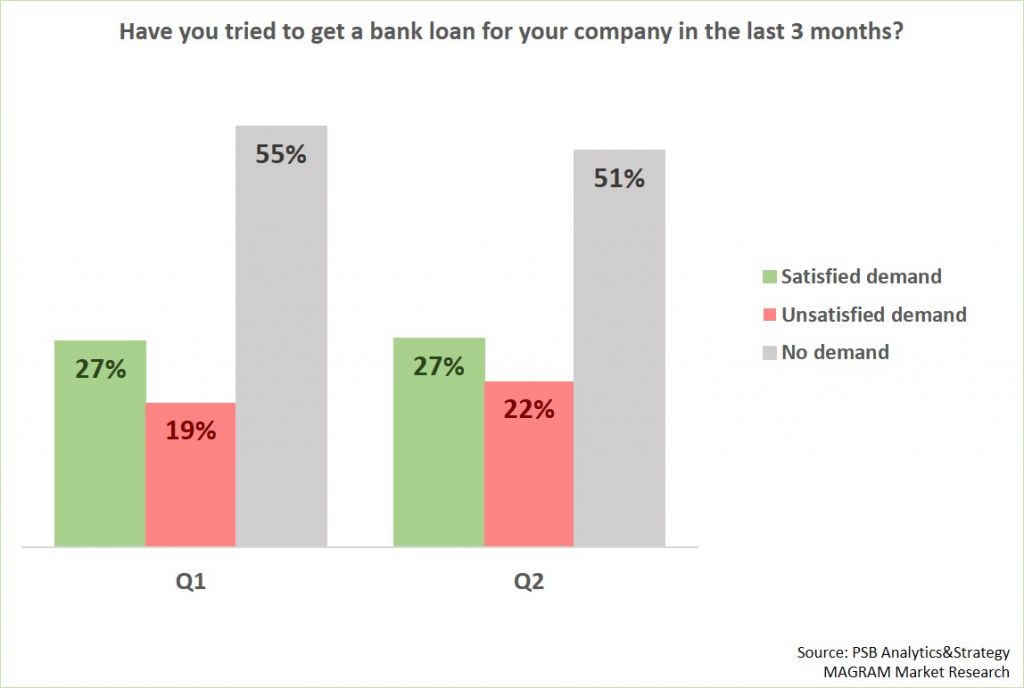 RSBI — starting with 2020 a monthly research of SMB business attitudes is organized by PSB jointly with OPORA Russia and MAGRAM Market Research. The quarterly Index aggregates the data for 3 months: owners and executives of SMB companies across all regions of the Russian Federation. In Q1 the research covered 4,793 respondents, in Q2 — 4,851.
Index higher than 50.0 p.p. indicates the growth of business activity, lower than 50.0 p.p. – the decrease. If the index is at the level of 50.0 p.p. – the market demonstrates stagnation.