What might impact the baby boom and abortion decrease in Russia, according to the doctors 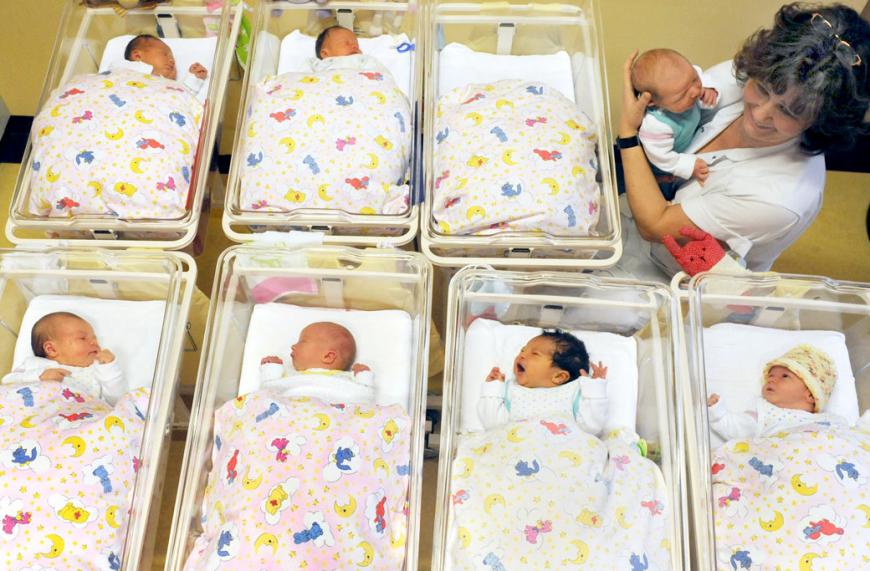 In July 2020 we made a survey covering 305 outpatient gynecologists with pregnant patients in all cities with the population over 1 mln. people. The research was devoted to two subjects: measures that will impact the baby boom and abortions decrease.

According to 68% of respondents, the maternity capital for the first baby impacts the rise in births positively. At the same time Moscow and the regions do not seriously differ in this aspect — 65% and 70% accordingly.

Only 3% of the doctors believe, that the maternity capital does not impact the rise in births (none in Moscow). 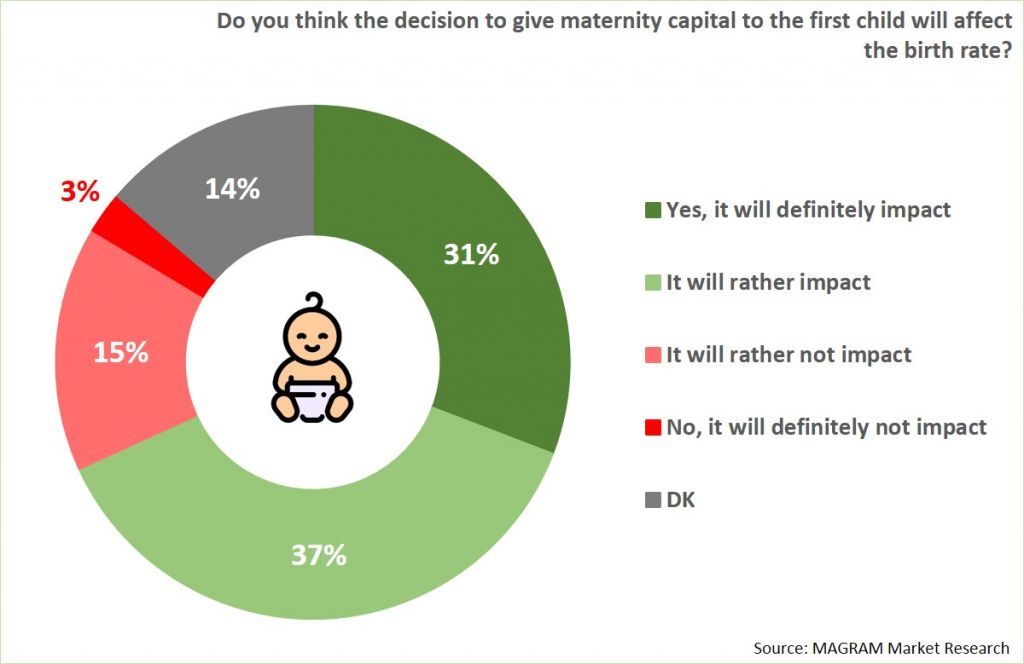 According to the doctors, the economic measures in general will impact the baby boom most of all: improved economic situation in the country (88%) and further development of the maternity capital policy (53%). 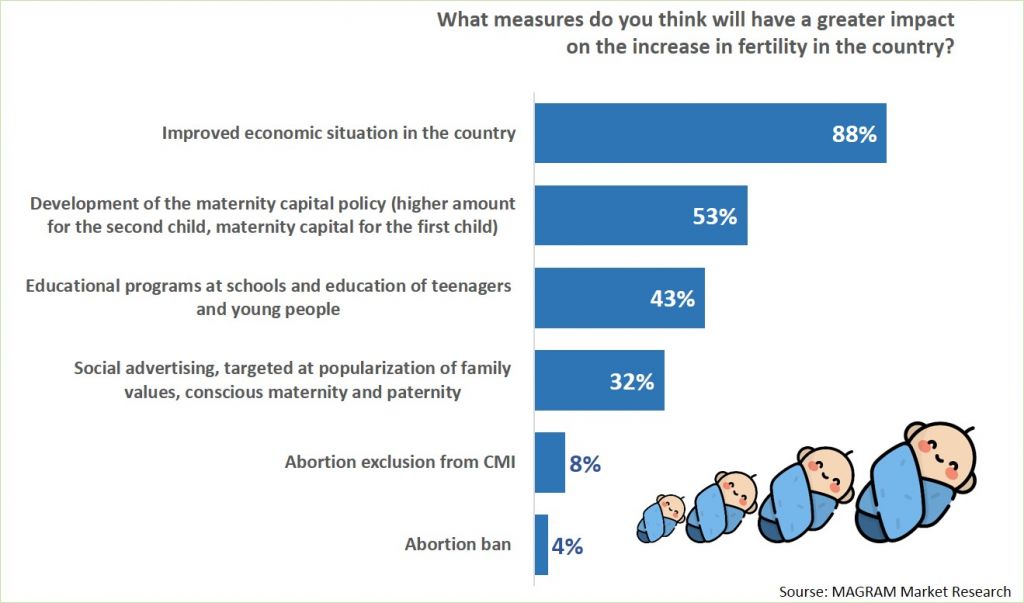 As for the abortion ban and options of induced termination of pregnancy the vast majority of doctors (76%) believe this measure to be inefficient. 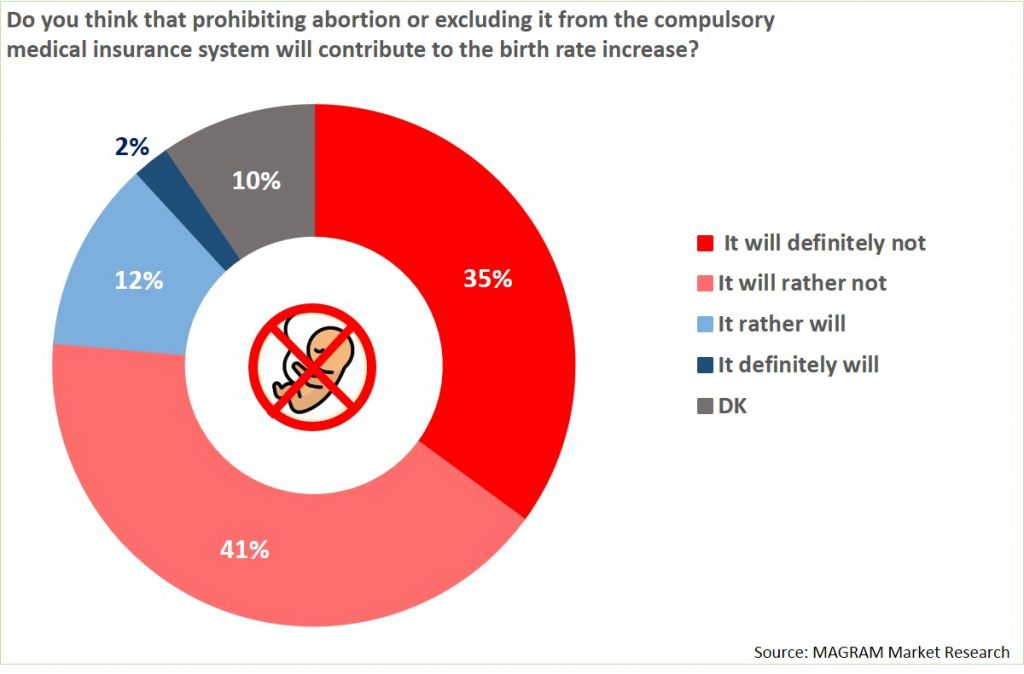 At the same time the doctors are sure, that the abortion decrease might be provided not by the abortion bans, but by popularization of contraceptives and educational programs targeted at mindful sexual contacts. 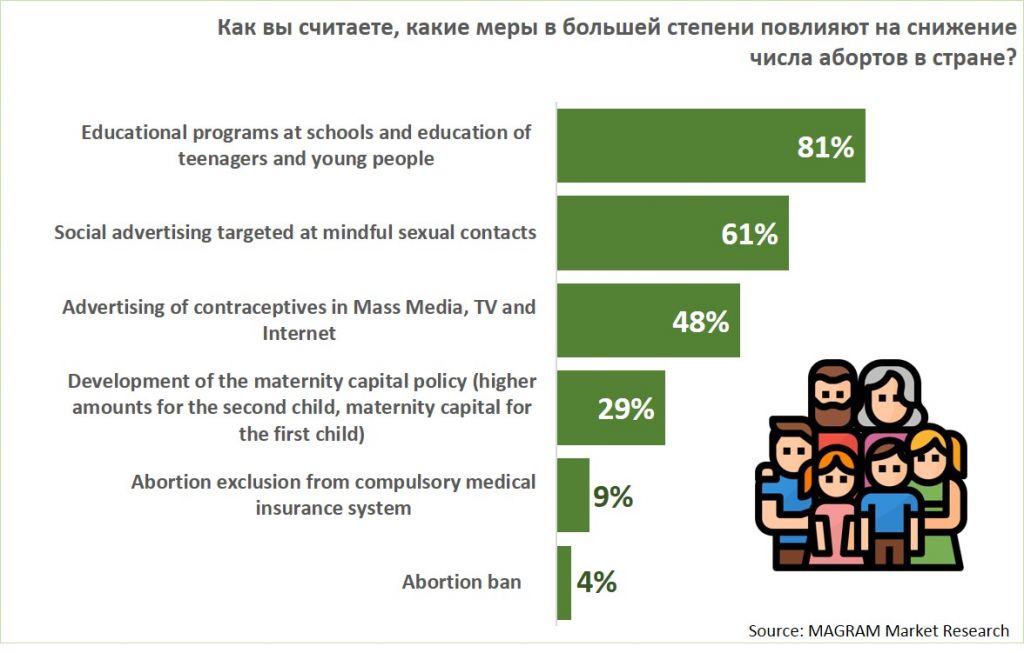 In the end of the research we asked a burning question for those who are planning to have a baby: is the current moment, the pandemics, the right time to plan pregnancy? The doctors’ opinions split almost equally: 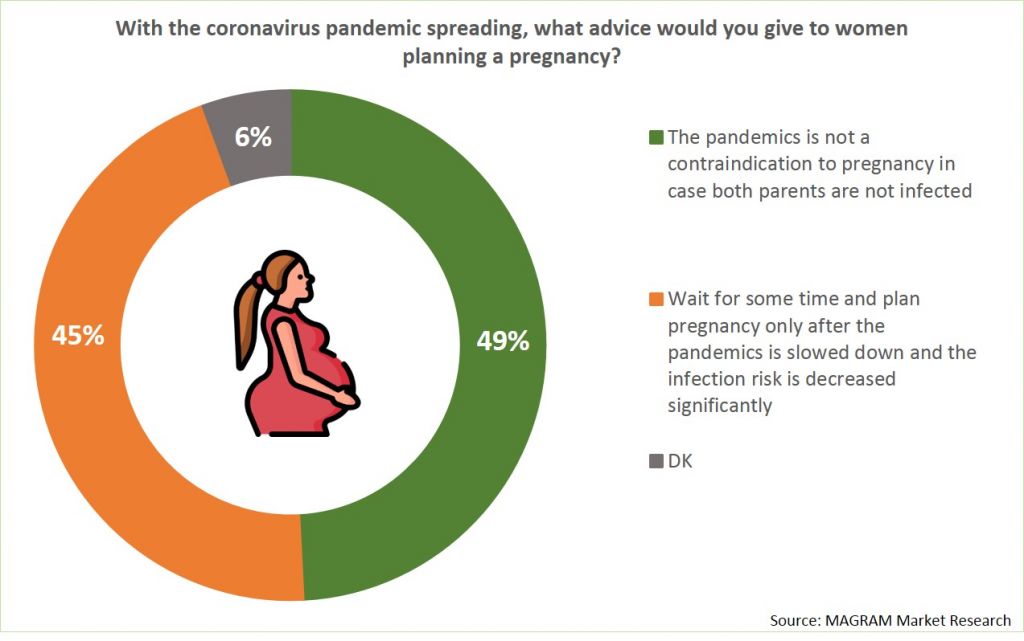 The research was held in July 2020 via online survey in all cities the Russian Federation with the population over 1 mln. people. The research covered 305 doctors — outpatient gynecologists, who treat pregnant patients in municipal and private medical institutions.