On July 23 the Government of the Russian Federation forwarded to the State Duma the amendments to the law on the requirements to the composition of SMB application on participation in the government procurement. They suggest that the number of documents required by Clients to be submitted by SMB companies to participate in bids should be limited.

Within RSBI Wave XX — a quarterly research of SMB attitudes, held jointly by Promsvyazbank, OPORA RUSSIA and MAGRAM Market Research, the respondents shared their attitude to the government procurement.

The survey covered owners and top managers of 2,300 small and medium companies from 23 RF regions, i.e. 63% of all SMB companies in Russia.

According to the research, the number of businessmen who participate in government bids has not changed for five years [1]. By the results of Q II 2019 the share of companies that take part in government bids made 28% (24% in 2015).

Among bid participants the share of companies working with В2В segment is higher: 81% vs.19% (retail).

32% of the respondents believe, that some insignificant errors are still faced in the bid procedure — this figure has not changed since 2015 either (31%). 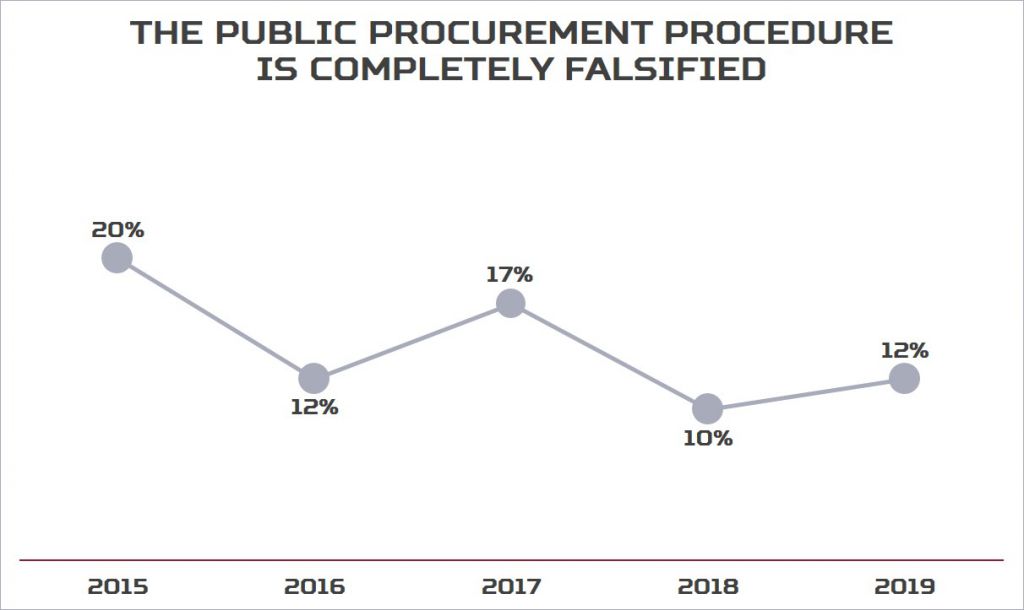 It is interesting that among those who work in retail the share of those who believe in fair competition is significantly higher vs. those who work with corporate clients (52% vs. 39%).

In 2019 the key errors in the bid procedure (58% of the respondents who mentioned errors and answered “DK’ were asked the question, several answers were possible) were as follows:

· 48% - excessive technical specifications of the Client prevent from winning a contract;

· 27% - unfair to exclude participants due to small deviations/errors/reasons.

· 15% - after a winner is announced, terms & conditions are modified.

It should be highlighted, that for the last year those figures have not changed (2-3% are not statistically significant).

The only point that was mentioned by more respondents this year is «restricted access to application (e.g. websites with extra fees, registration, EDS etc.)» — 32% vs. 24% in 2018.

It is evidently associated with changes in bid organization since January 1, 2019 [2]. As any new arrangement the change for new rules first evoked problems with application. However the number of bid participants has not changed vs. the previous year (28%), which proves that the electronic application impacted the attitude to the bid procedure insignificantly.

Those businessmen, who do not participate in government bids (72%), explain it by the following reasons (several answers were possible):

· bid procedure implies a successful bidder designation before the contest — 24%;

· our business specifics does not allow to participate — 12%;

· we do not understand how to participate —10%

If we consider why the companies give up government bids, split by business type, i. e. retail (work with individuals) and В2В (work with legal entities), the most popular reasons are as follows:

Also among the retail companies the share of those who do not understand how to participate is higher by 2 times — 14% vs. 7% (В2В segment). For small and medium companies in general this share makes 10%.